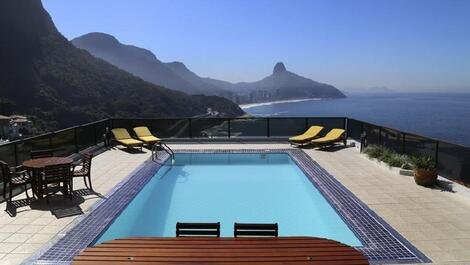 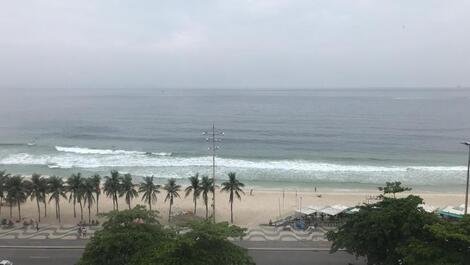 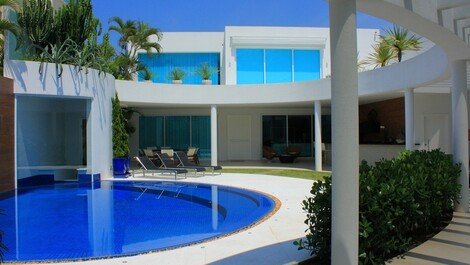 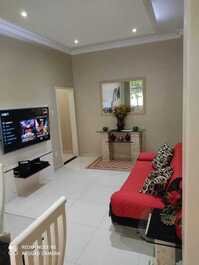 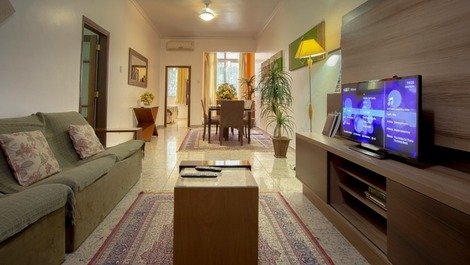 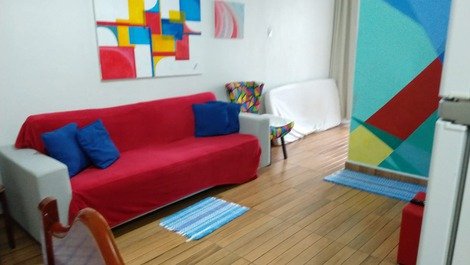 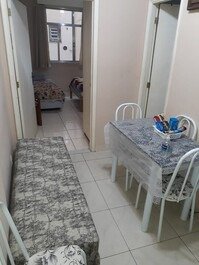 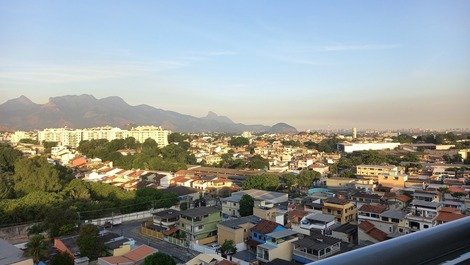 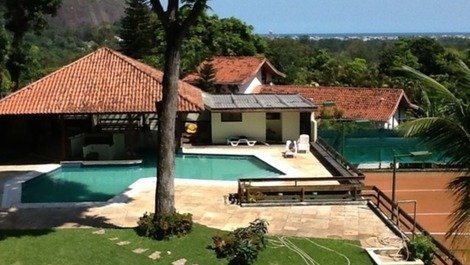 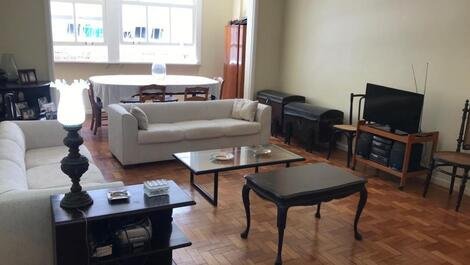 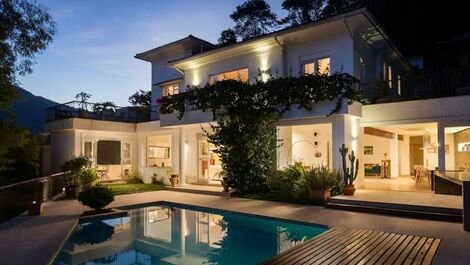 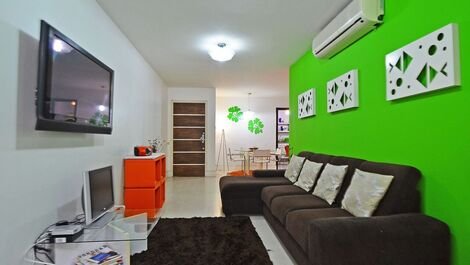 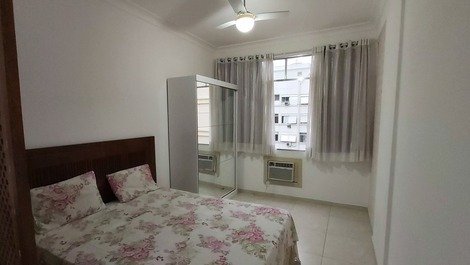 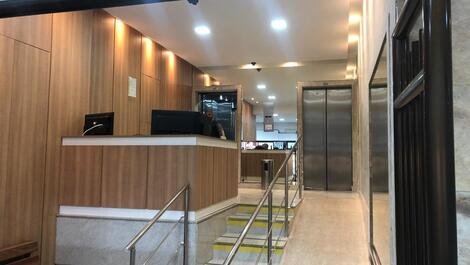 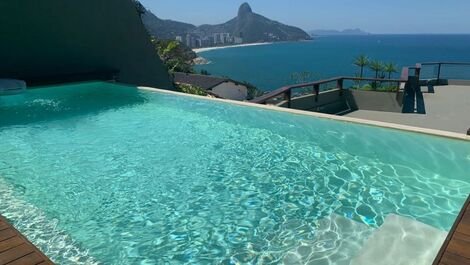 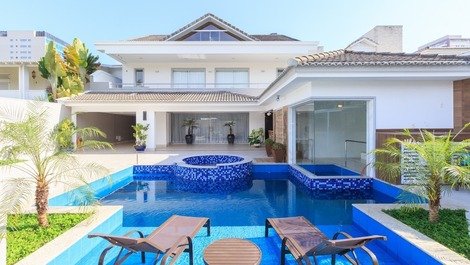 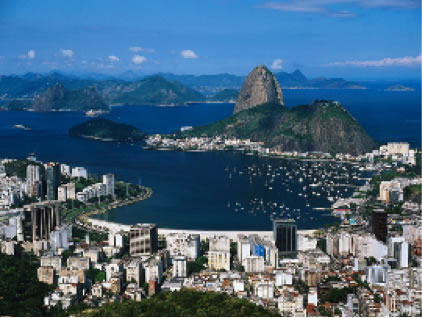 Even with the high number of tourists visiting Rio de Janeiro in high or low season, one of the things that abound in the city are houses and apartments available for rent. In addition, the modernization of buildings and the city itself has to offer all tourists the opportunity to stay in homes and apartments season high class and comfort.

The tourist potential of the city, especially in the closest to the sea areas, attracts the attention of several good and large construction companies that increasingly invest in new buildings. Fact that generates benefits to tourists looking for a flat per season in Rio de Janeiro.

TemporadaLivre knows the best apartments and second homes in Rio de Janeiro and met all offers in one place to help you plan your trip. The portal makes your life easier when it comes to rent per season. After all, to travel, you need to hit a lot of detail, and hosting is one of the most important.

When you search for apartments or houses for rent in Rio de Janeiro, use our filters to help you choose the features that best fit their will. Renting a house, even for the season, it is a matter of attention to detail. Moreover, from the filters, saves you time, it will be filtered only what interests you. 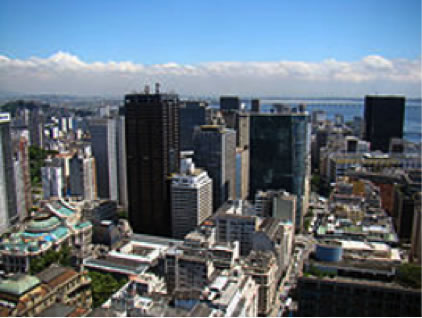 Visit Rio de Janeiro, even for those who "are already home," it is one of the most rewarding experiences of life that you may have. Conclusion made taking into account not only the tropical beauty of a place that appeals and conquer people around the world, but also the cultural diversity that exudes from every corner of the wonderful city. It's something contagious and indescribable.

In addition, Rio de Janeiro, which is considered as the main focus of the Brazilian tourism industry also has historical heritage for being the capital of Brazil before Brasilia. A small tribute to a past full of important milestones that changed the course of an entire country.

The state capital has a joy that infects its inhabitants and contributes to the conservation of living and unparalleled image that only Rio de Janeiro has. So it is also with visitors passing seasons or only a few days, and always leave with the desire to return as soon as possible. It is inexplicable how people come out of Rio, but Rio does not come out of them.

The Rio de Janeiro is an ideal place to take the whole family, friends or that special someone you love. The city can gather what is best in nearly all segments. Since the best ballads to the most luxurious restaurants and the most famous beaches in Brazil and the world. 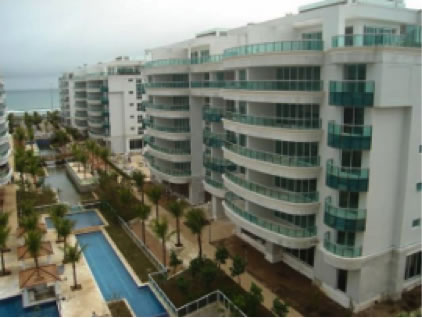 Ipanema, Copacabana and many others

You can not talk of Rio de Janeiro no direct think of the beautiful and famous beaches that the city has. The most famous are those that probably all the people of Brazil should have heard, Ipanema, Copacabana and the charming and requested Leblon Beach.

But those who think that the city possessed only these few, but beautiful beaches. The carioca coast is one of the hottest in the country and allows remarkable experiences in many different types of beaches that you can meet.

For example, Copacabana is known for visual paradise and the number of kiosks offering snacks, cold coconut water and tasty seafood by the beach, just in the sand. It also has the most frequented promenade of Brazil and hosts one of the largest New Year's Eve parties in Brazil.

Already Leblon Beach has what we call good spirits. The weather is great for sunbathing and calm dives. Seawater appeals by temperature and vivid color displays, but the waves that attract surfers and guarantee fun and adrenaline of the place that is frequented by famous people.

For those who have boat or even a boat, the best beach is the Dentist Beach. A place that draws attention to the incredible color of the sand and crystal clear water green tones that attract divers from everywhere. A curiosity is due to the number of bars that serve requests directly from thousands of boats docked near Angra dos Reis. 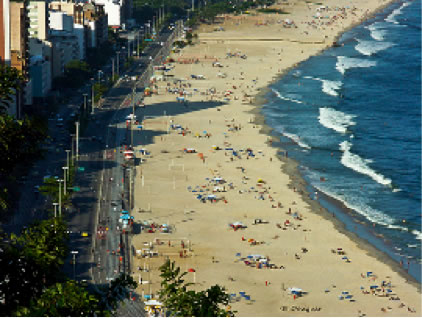 The number of sights in the city of Rio de Janeiro is amazing, but what really charms are the incredible stories that each of these places has.

Christ the Redeemer, for example, is the main postcard of the city. A monument which is nearly 700 meters high and has an observation deck with 360 degree views. The statue considered by many as a landmark of Art Deco from Brazil, is at the top of Corcovado Mountain and reserve the tourist a good dose of history and culture.

Continuing on high, we can not overlook the Sugar Loaf. The ride of emotion more than 400 meters above sea level, starts from the cable car, a metal cable car with large reinforced glass windows that ensure the safety and privileged view of both the city of Rio de Janeiro, as the ocean that bathes Rio's beaches.

As proof of the cultural diversity of the city, Northeastern Traditions Center is the venue of various artistic and musical performances, as well as a food court with dishes from various regions of the country. The place is also known as Feira de Sao Cristovao, it offers 34,000 square meters are occupied by 700 standard booths, and presentations 2 stages.

After a massive renovation, the new Maracana reopened in April 2013. More than a sporting monument, the stadium is a tourist cultural attraction, receiving visitors even on days when there are no games. For football fans there are guided tours that lead to the edge of the lawn, stands, dressing rooms, grandstand, press room, Hall of Fame - where are the footprints of famous players - and the Football Museum, with photos and images of the most beautiful moves made in the largest stadium in the world.

Soon after the World Cup 2014, the stadium gained new attractions: the uniform worn by Garrincha in bi winning the 1962 World Cup in Chile; and spaces where visitors can experience the feeling of a penalty charge and listen to the sounds produced by the crowd, the "Maracasom". There is still a printed model in 3D and shop with products Botafogo, Flamengo, Fluminense, Vasco da Gama, and, of course, the Brazilian team. The tour is done in the company of a guide.

One of the most picturesque scenery around Rio de Janeiro, Santa Teresa is on top of a hill cut by electric streetcar tracks, which began to run again for a small neighborhood of the passage in July 2015 (after four years stopped). Santa Teresa enchants by numerous motivos..ela is full of lakes and cultural spaces that reveal beautiful landscapes of the North, South and Central, and furthermore, 'Santa' is taken by houses that are home to beautiful studios, craft shops, bars and restaurants offering the best of Rio's gastronomy. Those who choose to get there loveto, starting from the famous Lapa, will have the opportunity to meet the most famous staircase of the city - Selarón, which has 215 steps covered in ceramic tile in green, yellow and blue. The ladder was named after the Chilean artist who signed the work.

He spoke in samba, thought in Rio de Janeiro, is not it? For then, and not to let the "die samba", a new tourist attraction Rio, the City of Samba, which guarantees the carnival atmosphere all year. The theme park has an area of ​​114,000 square meters in area and is home pontuária sheds major samba schools in Rio de Janeiro. Through the workshops can closely monitor the production of floats and costumes. On Thursday nights, a show directed by choreographer Carlinhos de Jesus gathers dancers, percussionists, Bahia and couples room-masters and flag bearers ending with a Carnival mini-parade.

Opened in 1984 and named as Avenue of Parades, the Sambadrome receives visitors from all over the world all year, who are content to enjoy the catwalk of Samba, only 700 meters, completely empty. The Apoteosa Square serves as a backdrop for souvenir photos.

To enjoy these and many other wonderful sights, nothing better than a season apartment in Rio de Janeiro. Only then, you will have the time to visit and know every important point of the city and still enjoy the wonderful beaches of Rio de Janeiro coast. 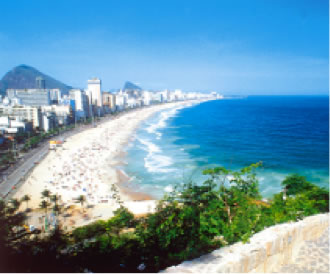 The beautiful town's main source of tourism economy, then, modern apartments in buildings with several floors abound in the city center. Therefore, the options for you to rent an apartment are many. 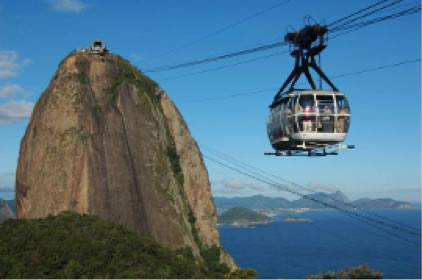 For those who prefer to stay in a large, airy home to a large number of people, the island also does not lack. In TemporadaLivre you find a great real estate catalog for rent in Rio de Janeiro, for everyone, in various prices and various beaches.

Publish properties in Rio de Janeiro for rent for season

If you are the owner or property manager (broker, real estate) and want to rent real estate in Rio de Janeiro, know that TemporadaLivre is the best rental portal for the season in Brazil. Do not waste time: See how to advertise property for vacation in Rio de Janeiro and set their properties to work for you!