177 Properties for rent in Maceió / AL 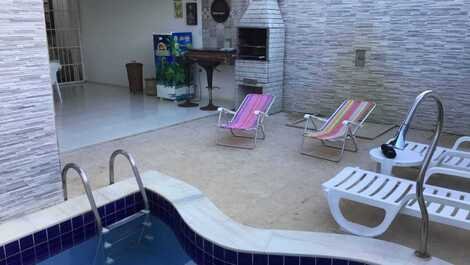 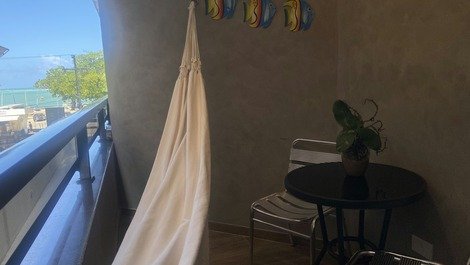 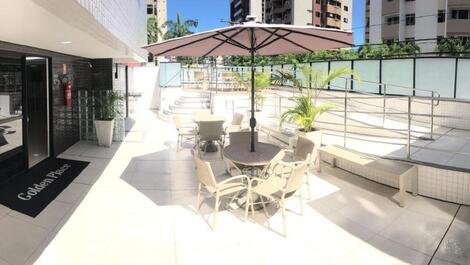 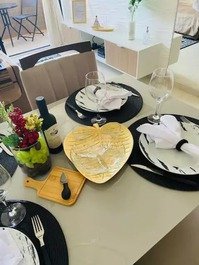 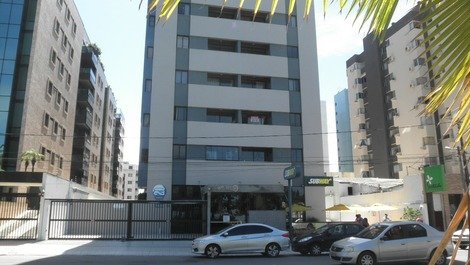 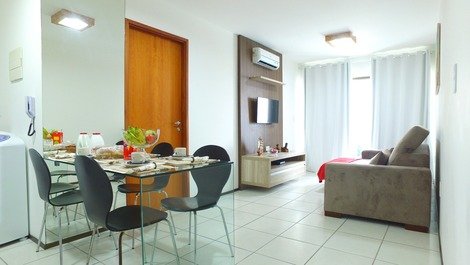 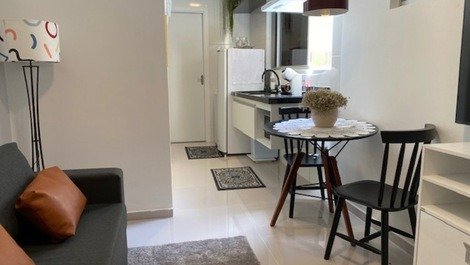 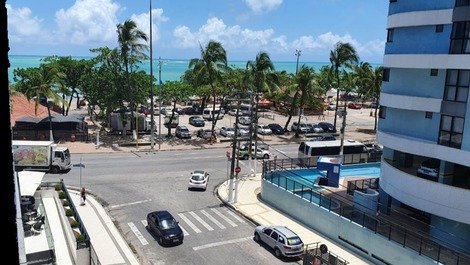 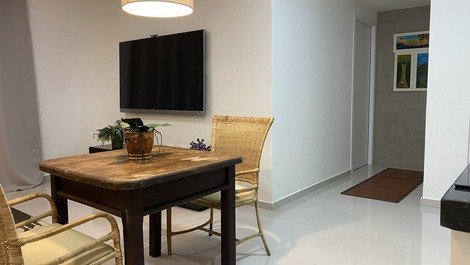 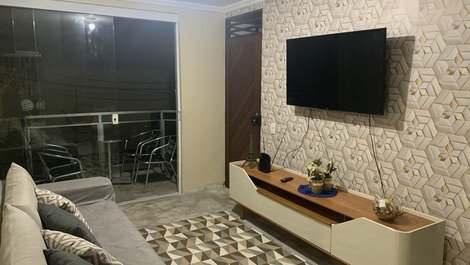 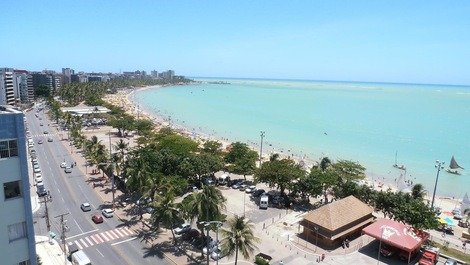 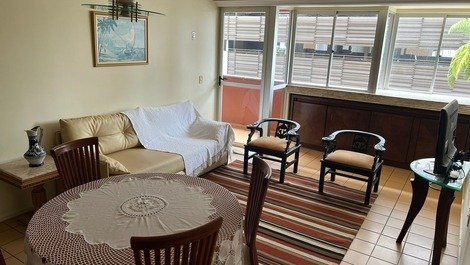 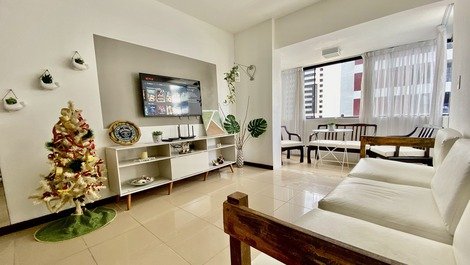 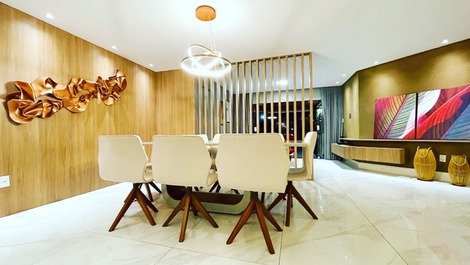 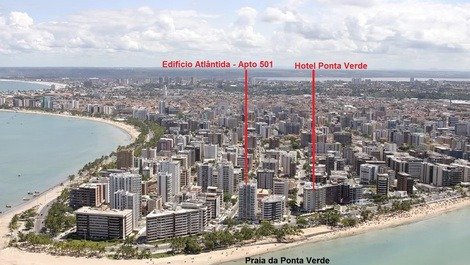 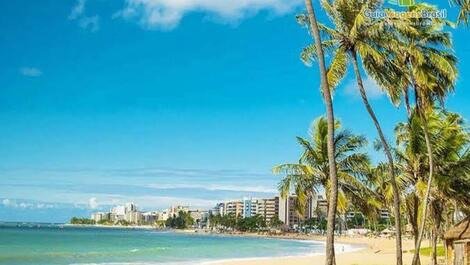 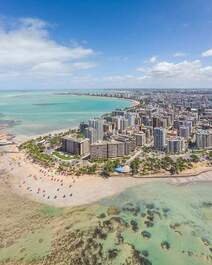 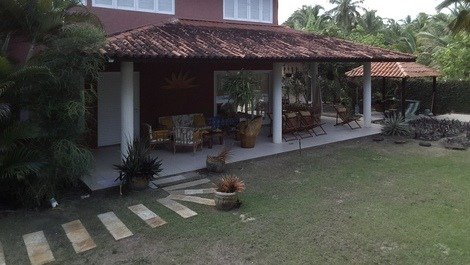 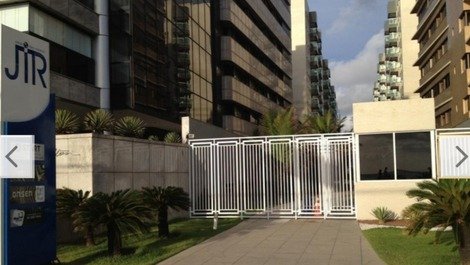 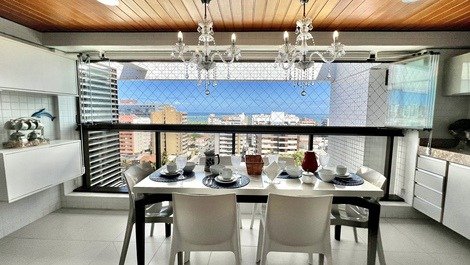 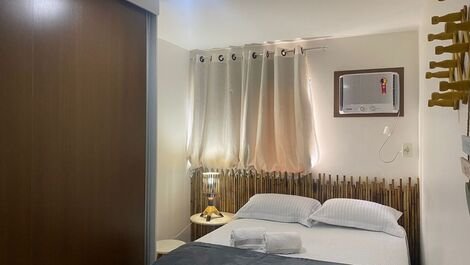 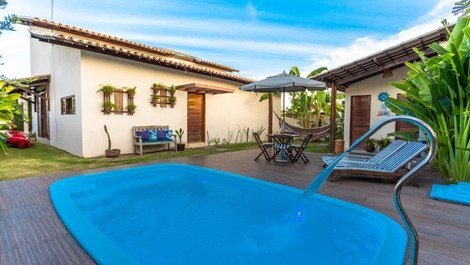 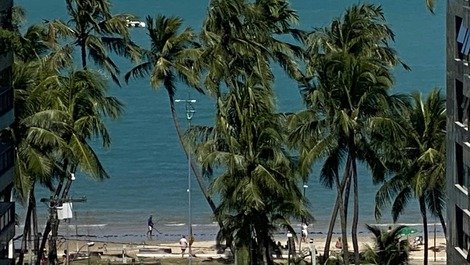 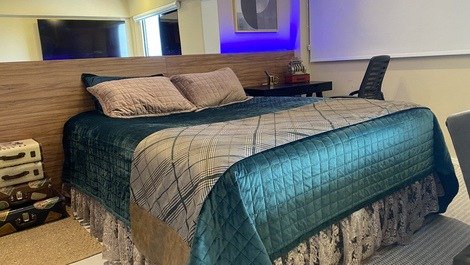 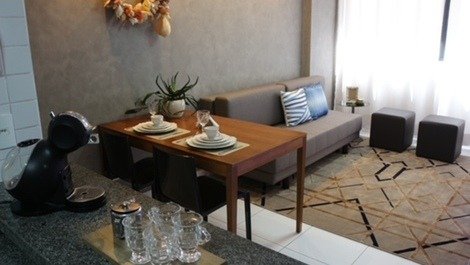 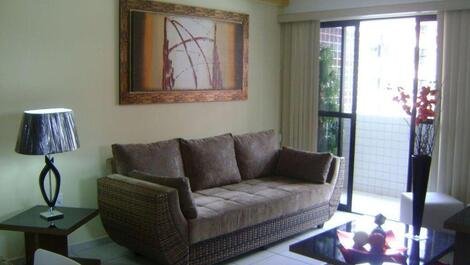 Located in a totally coastal environment, Maceió stands out for its lush beauty of "eye popping". Nestled among coconut palms, mangroves and a beautiful sea, gives all who visit and beautiful memories. Today, with approximately one million inhabitants, it is one of the most beautiful tourist destinations in Brazil, tripling its population in the holiday season.

The beaches are the most beautiful in Brazil. The whole coast is adorned by palm trees that give a magical touch to the dazzling scenery. Some of the beaches are still primitive and leave the visitors in ecstasy and unwilling to leave them; they are bathed in a sea sometimes green, sometimes blue, incomparable to the delight of the human eye.

The capital of Alagoas has a privileged location. Bathed by 15 beaches, Maceio stands out in national and international scene mainly by the lush and exotic beauty of its beaches, but always warm and crystal clear. The sands, white and fine, the reefs that form natural pools and the immensity of coconut trees complete the paradisiacal scenery.

Things to do in Maceio?

The famous and beautiful beaches of Maceio - whether urban, North or South coast coastline - have the same characteristics: warm waters, coconut trees and natural pools. The differences are due to the different shades of green and blue and the waves - strong or nonexistent.

In the central waterfront attractions include lively stalls, biking, jogging track and in the case of Pajuçara a raft trip to the barrier reef, full of colorful and accordionists fish.

To the north, surfing and fishing are practiced in Jacarecica and Garça Torta while Guaxuma is the point of the kids. But the South guard two of the main postcards Alagoas - French of beaches, crowded in the summer and on weekends; and Gunga, with recreational facilities including free diving in the natural pools.

The tour to Pajuçara pools is done through rustic rafts that take 10 minutes to cross the two kilometers from the beach and reefs. Formed only at low tide, natural aquariums impressed by the clear waters teeming with colorful fish and the structure of the rafts-restaurants offering lobster, shrimp, fish and caipirinhas typical fruit.

Point of many tribes, the Stella Maris neighborhood is a buzz only when night falls because of the bars. For anyone who is keen to return home with the dance on tiptoe, the address is Lampião in Jatiúca, a bar on the waterfront with live show and duty of teachers. The same rhythm animates the toll and huge Maikai Choperia also in Jatiúca, which also opens space for axé, pagode and samba. Already in the beach huts Lopana and Kanoa in Ponta Verde, DJ's and bands animates the young crowd into the wee hours.

The water sports are practiced in almost all the edge of Maceio. Divers will play in the natural pools of Ipioca, Pajuçara, Paripueira, Barra de São Miguel and Gunga. Already surfers are present in Cruz das Almas beaches, the French, Jacarecica, Ponta Verde and in particular Barra de São Miguel, considered one of the best state for sport and headquarters of Northeast Surfing Championship. Fishing brings together fans in the northern coast beaches such as Graça Torta and Jacarecica; while the good winds bring boaters to Jatiúca and French.

The great structure and good location by the sea make the fair one of the busiest in the capital. There are 200 stalls offering local and regional articles. The colors and different shapes give life to raw materials such as straw, wood, ceramic, coconut fiber, leather and clay. And at the end of the day still has forró!

The area is close to the city center with 250 stores full of regional items made with straw, wood, ceramic, coconut fiber, leather and clay.

Historical tour of the center

To enjoy the varied architectural styles that have marked the monuments of Maceió and also learn more of the local culture, it is worth visiting the downtown area. There are the Metropolitan Cathedral and the church of Bom Jesus dos Martírios with eclectic styles; Besides the museums Pierre Chalita, of Sacred Art, and Théo Brandão, with beautiful popular works.

A 65 km from Maceio and 35 km from Barra de São Miguel, Marape Dunes is in Jequiá Beach. Access is by boat crossing and site gathers a leisure center with beach structure and restaurant, quite busy. On the beach of soft sand, reefs and green, one of the attractions is the encounter with the river of clear water. There is horseback riding, boat and buggy - the latter leads to the top of the cliffs, where are the colored sands.

The pools of Paripueira, 2.5 kilometers from the coast are less crowded than the Pajuçara, ensuring even clearer waters and greater amount of fish. The tour is done in boats, lasts about two hours and includes snorkel. The beach is 33 kilometers from Maceió Centre.

With 600 square kilometers of surface, the Mundaú Lagoon is one of the largest state of ecosystems, as well as important historical, cultural, social and economic aspects. Made aboard sloops, the tour lasts about four hours. In the scenario, the nine islands where they live fishermen and lace makers, salt marsh vegetation and mangroves, fish and various crustaceans, and secluded beaches. The boats depart from Bar Pontal neighborhood where he lives, the most famous tenants of Maceio.

Maceio is linked by direct flights to Sao Paulo, Rio, Brasilia, Belo Horizonte, Salvador, Recife and Aracaju. In other cities it is necessary to make a connection in one of these cities (most of the time, São Paulo or Salvador).

São Miguel dos Milagres is 100 km north: we have to get off the road shortly after the St. Louis Quintunde. Maragogi is 130 km; journey takes between two hours and two hours and a half, because of the heavy traffic Maceio to Parpipueira and serrinha curves inside.

BR 101 connects Maceio to Aracaju (285 km south). Even after completing duplication, the most beautiful way will remain the coastal AL 101 South, which allows the entry of several.

The city of Maceió can be harnessed with more freedom and causality in the case of a rental property during the season. This is because the site structure is conducive to this freer and more independent approach from visitors. Through the season in Maceio rental you can enjoy better and more comfort all the attractions of the place, that combine natural beauty with the peace and quiet of a more private environment.

Apartments for rent in Maceio

The city's main source of tourism economy, then, modern apartments in buildings with several floors abound in the center of the city of Maceio. Therefore, the options for you to rent an apartment are many.

Houses for rent in Maceio

For those who prefer to stay in a large, airy home to a large number of people, the island also does not lack. In TemporadaLivre você find a great real estate catalog for rent in Maceio, for everyone, in various prices and various beaches.

Publish properties in Maceio for rent for season

If you are the owner or property manager (broker, real estate) and want to rent property in Maceio, know that TemporadaLivre is the best rental portal for the season in Brazil. Do not waste time: see how season still advertise and put your property to work for you!