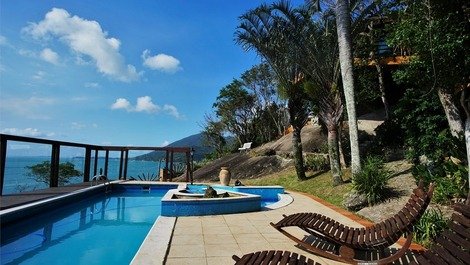 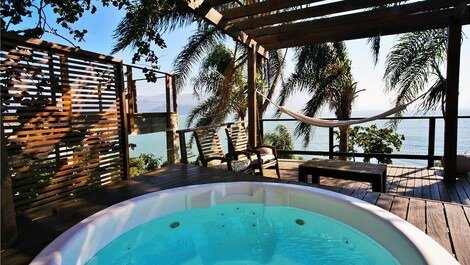 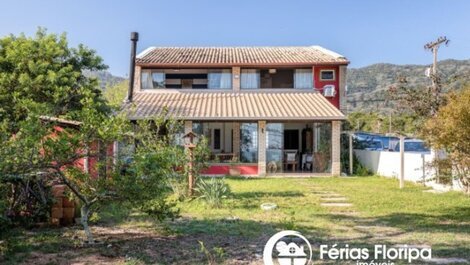 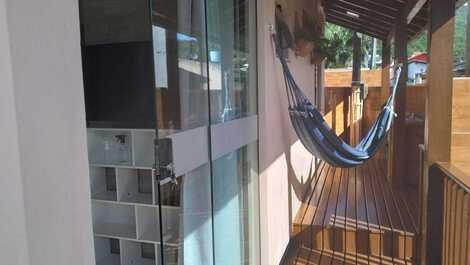 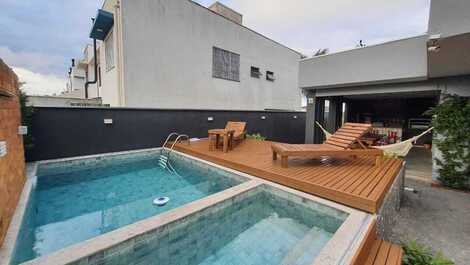 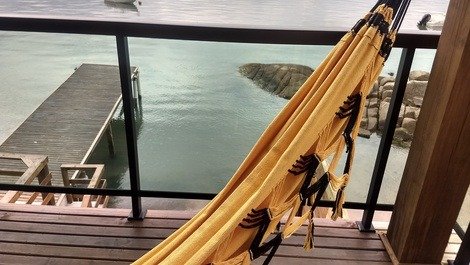 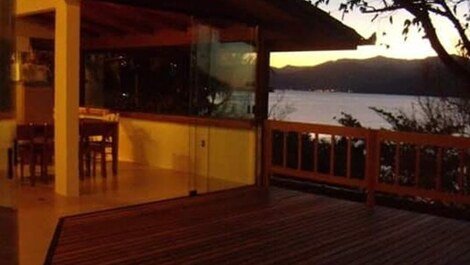 The Ribeirão da Ilha is a small district of the city of Florianópolis, composed of small beaches with calm waters and thick sand. In centrinho the edge of the old town and around the church square, the architecture of the eighteenth and nineteenth centuries is preserved. With the development, came the expansion of the gastronomic and tourist sector. The Ribeirão da Ilha is the second colony to develop in the ancient town of Desterro, Current Florianópolis.

The habits and traits of culture inherited from the Azoreans, remain alive as ever in the older residents, although the urban growth. And it is because of this preservation that Florianópolis is considered the tenth island of the archipelago and the Ribeirão da Ilha region is a major object of study about the people who inhabited the islands of the archipelago.

Currently, due to the high cultivation of molluscs in Ribeirão da Ilha waters, the gastronomic sector has developed and has become another attraction of the region. The family tradition of restaurants serve seafood good quality hearty and fresh, making Ribeirao a national reference in this type of cuisine.

It is an internal Beach South Bay. Because of this location, the sea is very calm and shallow, running the rule of the southern beaches.

The sand is thick and dark, formed by pieces of shells. The beach is uniform. It is composed of three sections. The biggest one is in the central residential area. The beach of Ribeirão da Ilha start in the Cave Creek and goes to the Riacho your Rita.

The Ribeirão da Ilha name comes from a small river that rises in Morro Monkey Head and ends at Saco Beach, which is about 3km from town. The Monkey's Head Hill is the highest hill of the island, about 530 meters high.

Currently, it's play area and spa and also the main producer of oysters on the island of Santa Catarina, responsible for over 70% of production of Florianópolis oysters.

Adding all parts of this paradise, the beach has 750 meters in length and width ranging between 2 and 15 meters.

Go to taste the famous fresh Pacific oysters in one of Ribeirão da Ilha restaurants is a program and both saw. There are several restaurants around the island where oysters can be found, but it is in Ribeirão they are grown.

Are currently being cultivated in Florianopolis two types of oysters: the Pacific and native.

So if hunger hits, you already know: oysters for lunch / dinner. If you have proven, you know how good it is. And if you have not proved, take the opportunity to try.

The southwest coast of the island where the Ribeirão da Ilha do villages, Tapera and Caeiras of Barra Sul, are far from the center and difficult to access, they maintain the air of the interior and customs of Azorean culture, it is also common to see folkloric and religious of the last century.

To get there, it's quite simple. From the center, take the South expressway, the tunnel, and then the SC 405 to the south of the island, and right at the intersection with the Morro das Pedras, SC 406.

The Ribeirão da Ilha's Parish is one of the must-see places of Florianópolis. Its population is simple and still preserves the heritage of the Azorean ancestors with fishing, oyster harvesting in stone and the making of handmade canoes. But the main attraction is the typical cuisine. The restaurants specialize in seafood and oyster are scattered on the main street, it is called the Way of Oysters.

You can catch sight of the sea oyster farms. They are on average 60 creators of oysters in the locality. And, most make their own materials for cultivation, such as flashlights and grapevines. All the knowledge is passed from father to son.

The Ribeirão da Ilha's Parish was the core of the Azorean colonization in the seventeenth and nineteenth centuries, completing 205 years in 2014. There are located the church Nossa Senhora da Lapa (inaugurated by Dom Pedro II, built based on stone and whale oil) , the Ribeirão Ecomuseum Island and the cemetery, beyond the little square Herminio Silva and houses typical Azorean architecture. There are craft shops, souvenirs, bars, restaurants, cultural presentations, among others.

The Ribeirão da Ilha do Ecomuseum is housed in an old house by the sea, which serves as inn and restaurant.

In the collection, objects of the Azorean people, who settled on the island of Santa Catarina in the mid-seventeenth century. Mills flour, parts and clay tools, fishing gear, sewing machines, lace, an old manger and to Grindstone stone of volcanic origin, brought the Azores and used to make doughs and cake.

But that's not all, because the museum also includes the natural part, with native trees from the time of colonization.

Church of Our Lady of Lapa

Externally, the nineteenth-century building features are intact today. This makes the Church is very important historically. Inside, many reforms were made. The time has changed and the paint covered more than a hundred years paintings stamped walls and ceiling. Next to the church is located a chapel dedicated to the Holy Spirit, which also preserves colonial characteristics.

Rent for the season in Ribeirão da Ilha

The small district can be availed with more freedom and casualness in the case of a rent during the season. This is because the site structure is conducive to this freer and more independent approach from visitors. Through the season rentals in Ribeirão da Ilha you can enjoy better and more comfort all the attractions of the place, that combine natural beauty with the peace and quiet of a more private environment.

The capital of Santa Catarina's main source of tourism economy, then, modern apartments in buildings with several floors abound in centrinho Ribeirão district of the island. Therefore, the options for you to rent an apartment are many.

For those who prefer to stay in a large, airy home to a large number of people, the island also does not lack. In TemporadaLivre you find a great real estate catalog for rent in Ribeirão da Ilha, for everyone, in various prices and various beaches.

Publish properties in Ribeirão da Ilha to rent for season

If you are the owner or property manager (broker, real estate) and want to rent real estate in Ribeirão da Ilha, know that TemporadaLivre is the best rental portal for the season in Brazil. Do not waste time: see how season still advertise and put your property to work for you!