18 Properties for rent in Barra Sul 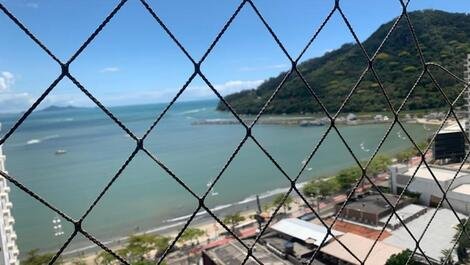 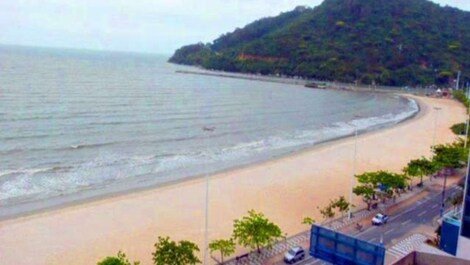 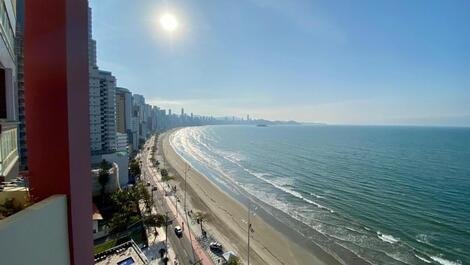 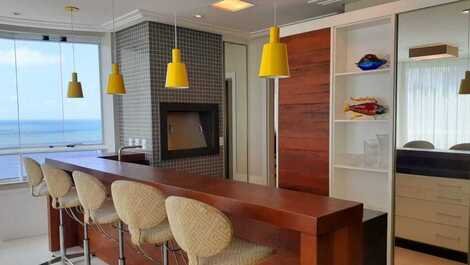 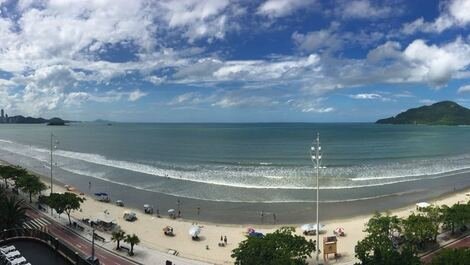 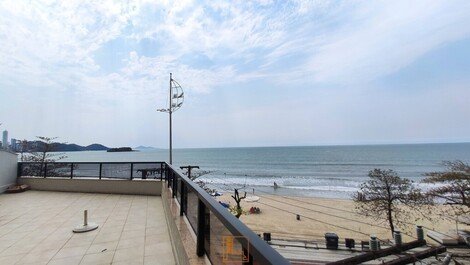 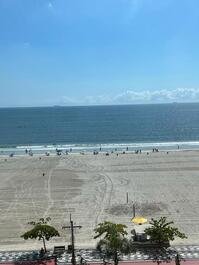 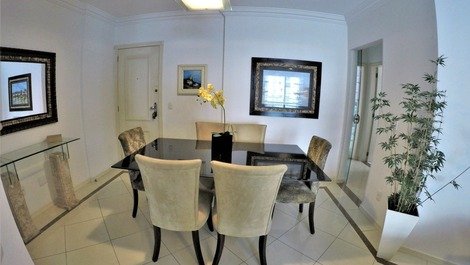 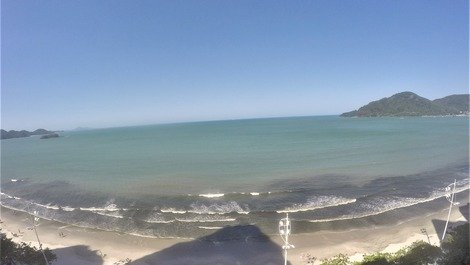 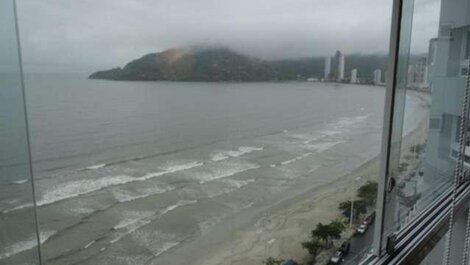 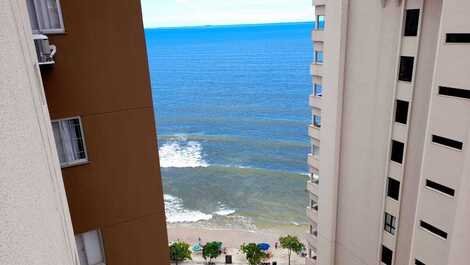 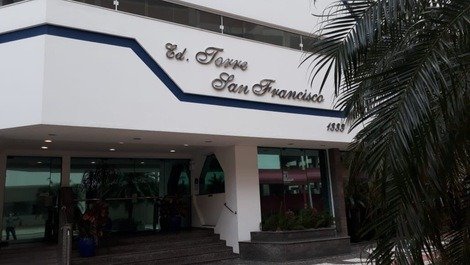 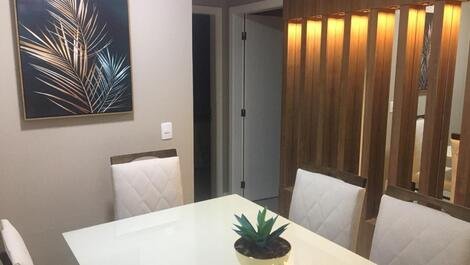 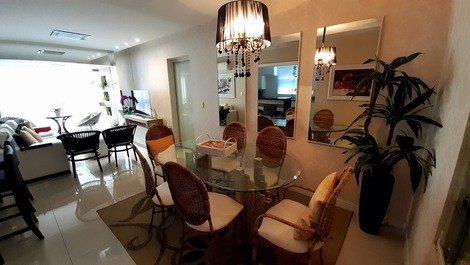 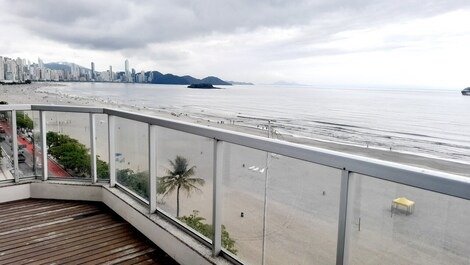 Beautiful, interesting and surrounded by nature. So is the city of Camboriú, one of the most beautiful coastline of the state of Santa Catarina, in the south of the country and a great place for vacation rental in Singapore. With an average of one million visitors per year, the city, which is considered one of which present the highest quality of life indices in the country, is a beloved destination for tourists of all ages, the real estate sector for Vacation Rental camboriú resort, has been growing steadily, full of high front sea sky, with elegance and sophistication.

With excellent infrastructure to welcome the travelers going to the region to enjoy a bit of sun, beach and joy, the city also gives easy access to many other paradisiacal surrounding cities.

Among the wonderful local beaches and cultural and historical attractions, one of the tours and must-see spots is certainly the jetty South Bar. Located in the southern Barra district, one of the most expensive and luxurious in the city, the breakwater giant shaped walkway offers a simply amazing view to visitors and city dwellers seeking Camboriú Season rentals. The entire floor is decorated with marine motifs such as fish and waves, and over its 450 meters long, the runway has a modern lighting and landscaping system, making the ride safe and comfortable, plus a playground for children in the form of sinking, making the beautiful and fun setting. Do not miss the sunset there!

The elegant neighborhood is known as the place of origin of the city and has small historical buildings, such as the charming Church of Santo Amaro, made of whale oil, sand and shells. Barra Sul is also the way to the most popular beaches of the municipality. The boat trip is free there.

The charm of the neighborhood is present in every detail, making it even more beautiful and cozy.

Feast of the Mullet

For those who rent for a season property in Singapore, has cultural presentations and national shows enliven the 4-day festival, while based dishes of tasty fish are marketed in several stalls along the main avenue of the city. In July. Rua Amândio Cabral, Centro.

It offers free fitness classes and other sports activities, as well as national shows and cultural performances, which take place in an arena set up in the city between December and January. Boca da Barra, Centro.

The program includes rowing competitions with surfboards, beach volleyball, football and also a costume parade. During Carnival in Praia do Bispo.

Surfers find good waves at Praia do Bispo, while the Boca da Barra is conducive to water sports. Other highlights are the Salinas Beach (from monazite sands) and the beaches of Picama and Point of Dô.

In Remedios Island, we highlight two caves and some diving spots. The Ilha das Araras has a large population of these birds. There are also rides on tourism and fishing boat for Ugly Islands, Tipitinga and Lobos, near the coast.

Despite the small population, is one of the oldest localities of Santa Catarina and Brazil, its proximity to South San Francisco. Most of the population is "native" is of Portuguese descent and indigenous, and inherit from both intimacy with sea, the cuisine based on seafood and the tradition of Farra do Boi - a similar party that practiced in some cities in Spain and France, where a bull is released by the city and run after people. (Due to abuse occasional, this game is specifically prohibited by Brazilian law.)

The first three non-indigenous inhabitants in the seventeenth century formed a military patrol that protected travelers (walk by the beach) attacks of Indians and smugglers. In an extremely slow pace, other immigrants were settling in the future city of Balneario Barra Sul region, focusing its business activities on subsistence agriculture, fishing and the production of cassava flour and the supply of raw materials for industry.

For centuries, there were no roads coming out of Barra do Sul to nearby cities. The options were walking by the seashore, or use the waterway of the Halibut Channel. The two main roads were built only in the second half of the twentieth century. The first (Salinas) was opened incidentally, motivated by palm heart extraction. The resulting road was rectified and grounded by the Army in 1960 as to be usable by cars. This road connects South Barra Itapocu.

The second road, which is now paved, connecting the South Barra Araqui and San Francisco, and was opened by the owner of a large land plot, intended to sell their land in small lots. The existence of a road course increased the chances of having interested in lots. In the 1990s this road was paved and rectified, but a large portion of the "old road", tortuous and earth, there is still the original track, parallel to the highway.

If you want to stay in a delightful neighborhood that gives access to the entire city and also to the nearby beaches, the tip is to choose a property for Vacation Rentals in South Bar. Be a comfortable apartment, is a quiet house, TemporadaLivre has the best options for you and your family or friends. Rent a property safely and enjoy your rest!

Apartments to rent for vacation in South Bar

Recent study by Ibope Intelligence revealed that Camboriú is the second most vertical city in Brazil, second only to Santos / SP. This is a natural consequence of the limited territorial space of the city, so that the alternative found was growing up.

This fact is noticed quickly by those who want to rent a property for season in South Bar. The houses options are rare, while the range of apartments for rent in South Bar is greater. In addition, the houses tend to be older, super reclaimed land and played the tooth and nail for developers and builders, while the recent housing boom has raised a host of new buildings available for rental season.

In TemporadaLivre can find several different types of apartments for rent Vacation in Bar South Camboriú from roofs with pool facing the sea for 15 people to properties of one room for 2 or 3 people.

Use our range of smart filters to choose an apartment for holiday rental in the South Bar: just use the menu above on the left, and you can filter by number of people, number of rooms, has pool, barbecue, number of air-conditioned, distance from the sea ... all this not to mention our unique search engine for map of South Bar, worth checking out, you never saw anything like it.

As noted above, the homes for season in South Bar are harder to find, precisely because of the limited space of the city that favors the emergence of vertical buildings. In general, these are real estate a little older than the new apartments, yet you can still find great accommodation options in this segment, especially this stunning house facing the sea on the beach Taquaras. But still, if you look at the TemporadaLivre portal, you can find great options for houses for rent in South Bar. Check!

Advertise your property in Barra Sul to rent for season

If you are the owner or property manager (broker, real estate) and want to rent property in South Bar, know that TemporadaLivre is the best rental portal for the season in Brazil. Do not waste time: see how season still advertise and put your property to work for you!