29 Properties for rent in Parnamirim / RN 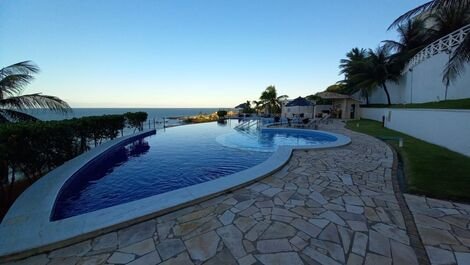 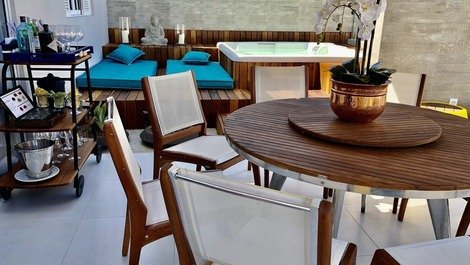 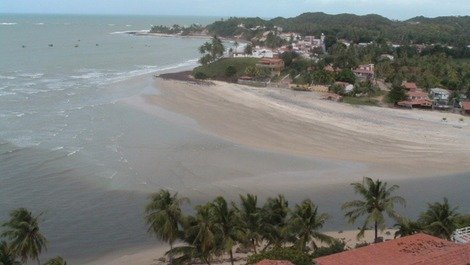 Considered one of the cities that has developed in Rio Grande do Norte, is known for its tranquility and beautiful scenery. With numerous options to meet, it is a good place to spend a weekend with family. Because it has beautiful beaches, from the quietest to others with good waves, sought by surfers. The Pirangi Beach is one of the postcards of the city, which usually receive a large number of tourists round the year. It is close to this beach is the largest cashew tree in the world, which receives many visitors all year. In addition, the city has an excellent infrastructure, with hotels, real estate rentals, bars and restaurants, and kiosks on some beaches. Because of all the attractions, it is a good travel option for those who do not know the place.

One of the first beaches of Natal south coast, in the sense of who comes out of the capital, is the Elbow Beach, which is one of the most sought-after status. He that is the beauty of it by the fact the beach being just minutes away Christmas, so there are no excuses to the end of the northeast and not know the beautiful beach.

The place was also known because of its cliffs, which left the mark of those who think in the Rio Grande do Norte. Busy in high season and quiet on the other days, the Elbow Beach offers several itineraries for visitors, which in addition to being able to enjoy the waters of the beach you can have fun with the natural attributes of the site or its infrastructure that is well prepared.

With its calm waters and several natural pools formed at low tide, the beach is right destination for tourists seeking to enjoy a good beach near the town, not to mention the many surrounding restaurants that make the ride even more enjoyable. While not the most famous of the state's coast, the Elbow Beach is one of the best in the region and should not fail to be visited when you go to Christmas and beyond.

This is nothing more and nothing less than the largest cashew tree in the world. That's right. He is also known as cashew Pirangi, since it is located in Pirangi do Norte, in the city of Parnamirim, Christmas 12m, Rio Grande do Norte.

This is a gigantic cashew tree whose branches grow sideways and not up, what causes it corresponds to a huge area. In addition, twigs, touching the ground, begin to become root and grow.

The main trunk is divided into branches 5 and these five, four experienced that failure to grow sideways and take root and grow become.

Access to the cashew tree is easy. It pays to know the cashew and the money reverts to the conversation itself and management of flora. There is a small shop, bathroom and even wi-fi in this space Cajueiro. Worth knowing!

This beautiful beach is close to Natal (15 km), with the so-called easy access Rota do Sol Divided by the River Pirangi in two:.. North Pirangi and South Pirangi This beach combines the relaxation options (especially during the week and on months of low season) with lots of activities during the summer. Many prefer the North section with a sandy strip of approximately 2.5 km, where you can still see (and even participate) of mullet fisheries trawl and make good walks at sunrise or sunset. The sea in this stretch is great to take the kids too. Next to the beach, visitors have available to supermarkets, pharmacies, hotels, real estate season, restaurants and other attractions such as the Major Cajueiro of the World and the Marina Boat Ride Badauê.

Pirangi River divides North Pirangi beaches Pirangi and South and is the point against the practice water sports such as kite surfing. From there, also, they leave many private boats for parrachos Pirangi. But neither of sophistication lives the place known also as Banga. It is that in the river are several stalls, among them, of His Banga. The tents are simple but attract people from all walks of life. Among the most requested dishes are the fried fish, crab and crayons.

The river is bathing a bit dubious, but many people face the bath. To ensure better bathe in the sea, in a very calm. As the river is in the middle of the two beaches, you can choose your favorite. Both are beautiful. But, in general, North Pirangi, Pirangi do Norte is the busiest and has the largest number of vacationers and clubbing for those who want to rest, shade and fresh water. During the summer, much of Natal moves to these beaches and traffic jams are frequent.

Hell barrier is a base of the Brazilian Air Force rocket launches. Founded in 1965, became the first air base in South America rockets. It is located in the Ruta del Sol, in the municipality of Parnamirim, 12 km from Natal, the Brazilian state capital of Rio Grande do Norte. In her focus launch small and medium-sized rocket operations. The installation brought Christmas the nickname "Space Capital of Brazil."

Apartments for rent in Parnamirim

Parnamirim's main source of tourism economy, then, modern apartments in buildings with several floors abound in the city center. Therefore, the options for you to rent an apartment are many.

For those who prefer to stay in a large, airy home to a large number of people, the island also does not lack. In TemporadaLivre you find a great real estate catalog for sale in Parnamirim, for everyone, in various prices and various beaches.

Publish properties in Parnamirim to rent for season

If you are the owner or property manager (broker, real estate) and want to rent property in Parnamirim, know that TemporadaLivre is the best rental portal for the season in Brazil. Do not waste time: See how to advertise property for vacation in Parnamirim and set their properties to work for you!